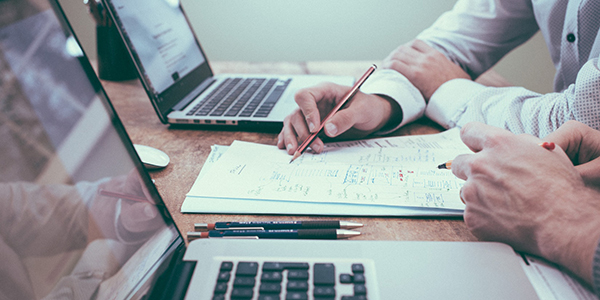 In December 2017, President Trump signed a new tax reform bill into law that drastically impacts 2018 taxes. With all the buzz and chatter in the news, it’s hard to know exactly who is impacted and how these changes we’ll take place.

The Motley Fool created a complete guide to the 2018 Tax Changes that walks you through step-by-step each new change both on the personal front and on the business front. Read the full article on the Motley Fool’s site, or read on for a quick summary of the changes most likely to impact your business. As the Motley Fool reports:

The Pass-Through Deduction — Does It Apply to You?

There are phaseout income limits that apply to “professional services” business owners such as lawyers, doctors, and consultants, which are set at $157,500 for single filers and $315,000 for pass-through business owners who file a joint return.

So far, we’ve discussed individual tax reform, but the most dramatic changes made by the bill are on the corporate side.

For starters, the bill lowers the corporate tax rate to a flat 21% on all profits. This is not only a massive tax cut, but is a major simplification as compared to the 2017 corporate tax structure.

The global average corporate tax rate is about 25%, so this move is designed to make the U.S. more globally competitive, which should in turn help keep more corporate profits (and jobs) in the United States.

In addition to these changes, the corporate AMT of 20% has been repealed.

The tax reform bill also changes the U.S. corporate tax system from a worldwide one to a territorial system. Currently, U.S. corporations have to pay U.S. taxes on their profits earned abroad, and the new system will end this effective double-taxing of foreign profits.

Repatriation of Foreign Cash and Assets

As a result of the worldwide tax system, which makes foreign profits subject to the 35% top corporate tax rate, there is about $2.6 trillion in U.S. corporations’ foreign profits held overseas.

In order to bring this money back to the United States, the new tax law sets a one-time repatriation rate of 15.5% on cash and equivalent foreign-held assets and 8% on illiquid assets like equipment, payable over an eight-year period.

This could be big news for companies like Apple, which has more than $200 billion parked overseas.

These changes will drastically impact the 2018 tax year. You may also start to see changes this year if your business is affected by these new reforms.